This special NZ escorted tour commences in Instanbul and ends in London and combines all the highlights including Gallipoli, the battlefields of Belgium and France, through to Paris, and the beautiful Loire Valley, PLUS a special hosted visit at Le Quesnoy liberated by our troops in WW1. Then conclude in London. On this 24 day tour, as well as having a day touring the Gallipoli Peninsula and viewing ANZAC Day commemorations, we visit the scenic, historic and major WW1 European sites significant to New Zealand and Australia.

On arrival at Istanbul Airport, you will be transferred to your hotel for your 2 night stay. This evening we have a welcome dinner (included) with our fellow passengers.D

Today visit the beautiful blue tiled Blue Mosque and the Hippodrome where Roman chariot races were once held, then to St Sophia, - a cathedral - then mosque, and now a museum. Move on to visit the fabulous Topkapi Palace perched above the Bosphorus and the Golden Horn. Then to the Basilica Cistern, AKA "the Sunken Palace" an underground waterway constructed by Justinian in 532 and used as a water reservoir for the Great Palace, we finish off at the famous Grand Bazaar - 4,000 shops, cafes and tea houses. Check out the strong, apple tea.Tonight we cruise the Bosphorus with dinner. B,D

Depart Istanbul this morning along the shore of the Sea of Marmara to Gallipoli and the campaign areas on the peninsula with our local guide. After our tour return via Eceabat and cross to Çanakkale (crossing from Europe to Asia) and then our hotel and base for the next 2 nights at beachside Assos.B,D

This morning we go to Homer’s legendary city of Troy, where archaeological excavation has established nine levels of civilisation. See a reconstruction of the famous Trojan wooden horse. We then continue to our hotel for an early night tonight, in preparation for our Anzac Day memorial service tomorrow.B,D

We have a boxed breakfast today as we have an early start this morning. We recross the Dardanelles and travel to Gallipoli to experience the commemorations from our especially set up viewing area. Some of our group who participated in the government ballot may choose to attend the Dawn Service and after that service, continue to Chunuk Bair, the NZ memorial and where many of our soldiers gave their lives during the campaign. After the commemoration viewing we transfer back to our hotel.B,D

Today we travel to Pergamon and Ephesus - two of the world's finest archaeological sites. See the Acropolis, Temple of Athena and the famous libraries,said to have contained 200,000 volumes, colonaded Arcadian Way and Amphitheatre. Visit the archaeological museum at Selcuk where many of the excavated artifacts of Ephesus are displayed, and visit the House of the Virgin Mary, overlooking Ephesus.. We then head to coastal Kusadasi for tonight. B,D

We drive inland to Pamukkale, famous for its ‘Cotton Castle’, dazzling shaped limestone terraces. Visit the ruins of ancient Hierapolis and the fairyland terraces and see the glistening pools and cascades in scallop shaped basins. The rest of the day is yours to relax and enjoy the hotels thermal pools.B,D

This morning we head for Konya, the old Anatolian Seljuk Empires capital and home of the mystic Whirling Dervish sect. Visit the Mevlana Tekke with its fluted turquoise dome and containing the tomb of the Dervishes’ leader. See Karatay Medrese and Ince Minaret then to historic Nevsehir, Cappadocia. B,D

Enjoy an excursion to Göreme, a unique region of volcanic landscapes and rock hewn churches decorated with ancient wall paintings. Continue to the Zelve Valley dotted with underground churches and troglodyte dwellings. Tour the underground city Kaymakli, and the cone of Uchisar. Enjoy dinner at the hotel, followed by a colourful folklore show in an underground cave featuring dances from different regions.There is an optional Hot Air Balloon excursion available this morning (this needs to be booked before departing NZ). For those on this excursion we will have an early transfer and then meet up with the rest of the group after the flight for the tour.In Goreme we check out the amazing Turkish carpet shops and how they are made plus time to haggle over ones you may like sent back home. B,D

Visit Agzikarahan, one of the best preserved Seljuk caravanserais in Anatolia. Continue to Ankara to the Hittite Museum and Anit Kabir, the mausoleum of Mustafa Kemal Ataturk, modern Turkey’s leader.B,D

Leaving Ankara, we take the highway for a scenic drive through the Turkish countryside back to Istanbul. Optional entertainment and dinner tonight includes Turkish Belly Dancing performance.B

Transfers for designated group flights to Brussels.On arrival Brussels we have a short orientation tour then transfer to our hotel.B

After breakfast we meet our Western battlefields guide at our hotel in Brussels. Load baggage and drive to Arras. Check in to hotel in Arras. Dinner included. Overnight in Arras.B,D

Depart this morning for the Somme. Experience: Newfoundland Memorial Park – The tragic experience of the Newfoundland Regiment on 1st July 1916 serves to illustrate the tragedy of the opening of the Battle of the Somme on 1st July 1916. Ulster Tower - 36th (Ulster) Division action on 1st July. Caterpillar Valley (NZ) Memorial – Commemorating the 1272 NZ soldiers who died on the Somme in 1916 and who have no known grave.NZ’s Unknown Warrior was exhumed from one of the graves here. The NZ Division’s first major attack on the Somme began here on 15th September 1916. Introduction to the work of the Commonwealth War Graves Commission. NZ Memorial, Longueval. We follow the part played by the NZ Division in the 15th September attack, when tanks were used for the first time. Learn story of Sergeant Donald Forrester Brown, of the Otago Regiment, won the Division's first Victoria Cross near here. Tunnelling & Mining Operations. La Boiselle – Lochnagar Mine crater - 8th (Regular) and 34th (New Army) Divisions - Tyneside Scottish/Tyneside Irish. Grimsby Chums. Drive to Arras. Wellington Quarry –NZ soldiers played a significant part in the development of this vast underground military system. Foremost among them were men of the 446-strong NZ Tunnelling Company, who were the first NZ'ers to arrive on the Western Front in 1916. Carrière Wellington (Wellington Quarry) incorporates parts of the tunnel system. Includes the memorial to the 41 NZ tunnellers who lost their lives. The Wellington Tunnels underground museum. Admission included. Overnight Arras.

After breakfast we depart for Ypres, Belgium. We visit the Essex Farm Advanced Dressing Station and War Cemetery.Discover how casualties were treated and hear the story of the Poppy – where it began. We then drive to Messines area: Visit to Messines Ridge, The Pool of Peace, NZ Memorial and the story of Corporal Frickleton’s V.C. Messines village – Twinned with Featherston in NZ. In the centre of the village is a memorial Kowhai tree, planted in 1993 on the 75th anniversary.Optional visit to St George’s Church and ‘In Flanders Fields’ Museum. Chocolate shopping opportunity then continue to area of 3rd battle of Ypres: Gravenstafel and Bellevue Spur (October 1917) –These 2 low hills were to be the scenes of the NZ'ers engagements in the final stages of the 3rd battle of Ypres.Visit NZ Memorial. See the ground and hear the story of the extraordinary success and aftermath. Tyne Cot War Cemetery on Passchendaele Ridge (the largest Commonwealth war cemetery in the world). See NZ Memorial to the Missing. Act of Remembrance. Passchendaele Memorial Museum, Zonnebeke. Admission included.Return to Ypres and walk to the famous Menin Gate. Last Post Ceremony at Menin Gate. An experience that will linger long in your memory.We then return to a local restaurant for dinner (included) Market Place, Ypres. B,D

Today we visit: Polygon Wood/Polderhoek – Life in the trenches in the winter of 1917, the attack on the Polderhoek Spur and the story of Sgt Henry Nicholas VC, MM. The NZ Memorial in Buttes war cemetery commemorates 378 NZ soldiers with no known grave who died in the Salient between September 1917 and May 1918.Continue to Cambrai area, France. Includes Canal du Nord – The story of an audacious attack. See the NZ Bridge, St Quentin Canal and Crêvecoeur – 29-30 September 1918 and the scene of the extraordinary adventures of Pte James Crichton of the 2nd Aucklands, NZEF that earned him the VC.This afternoon drive to Le Quesnoy.Includes: The ramparts scaled by the Kiwis and the story of Lt Averill MC. The Garden of Remembrance and NZ Memorial Le Quesnoy Communal Cemetery Extension contains the graves of 50 NZ soldiers.B

After breakfast we depart for Paris, via Foret de Mormal – where the wartime journey of the NZ Division came to an end on 5th November 1918.B

Half day city tour. Then free time for you to visit the Louvre or other points of interest. B Day 19 – 9 May:French Chateaux and gardens. Today we visit two of France's grand chateaux and gardens -Chateau Vaux-le-Vicomte and Fontainebleau.“The forerunner of Versailles”, the Chateau Vaux-le-Vicomte includes a parterre, clipped topiary yew, water features, reflective pools, and agrand canal with grottoes and a cascade. Once the noblest garden in all France, Fontainebleau built for King Francois I, rivalling the great courts of Italy. B

Free time until we transfer to the Eurostar for our journey to London.On arrival London we have a short orientation tour then transfer to our centrally located hotel.B

Free day to explore London at your leisure.Suggest you visit the Imperial War Museum which has an area featuring NZ's involvement in both World Wars. Optional farewell dinner tonight.B

Our tour ends today after breakfast. Transfers to London Heathrow for group flights. B 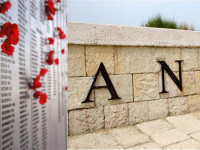 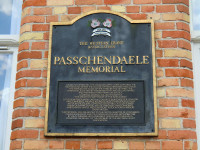