Explore the best of Greece over 12 days on exciting Greece tours. Enjoy locally-guided tours of Athens, Olympia and Mycenae. Marvel at the views in Meteora and visit mysterious ancient sites including the Temple of the Olympian Zeus and the iconic Acropolis!  Round off this trip to Greece with 6 nights on the famous islands of Santorini and Mykonos. Enjoy exploring islands, chase the sunset and feast on the best Greek seafood. This is a Greek holiday you will never forget!

Welcome to Greece! Upon arrival, make your own way to the hotel for the start of the tour (airport transfers available at extra cost, please contact us for details). This evening we will enjoy an included dinner at a local restaurant in Thissio, a historical neighbourhood of Athens close to the Acropolis.

Enjoy a slower start as we depart from Athens this morning. On the way to Kalabaka, stop at Thermopylae to admire the statue of Leonidas, King of Sparta. This location is famous around the world as the scene of the battle of Thermopylae between the Greek and Persian forces in 480 BC. Next, we travel on to Kalabaka, an excellent base from which to visit the famous Meteora landscapes and monasteries. Upon arrival, visit a Byzantine art workshop to see how locals create exquisite works of Christian Greek art. Then head to tonight’s hotel accommodation and take some free time to settle in. Finish the day with a mesmerising sunset drive of the Meteora hills and catch panoramic views of the monolithic pillars and hills with its celebrated cliff-top monasteries. It’s truly any photographer’s dream. Enjoy traditional Greek food for dinner this evening.

Spend free time in Kalabaka this morning, exploring as you wish. Or join our optional excursion of the monasteries of Meteora. This excursion will take you on a drive through the hills and giant cliffs of Meteora, with scheduled visits and free time to explore cliff-top monasteries. This afternoon we cross the mountains for central Greece and Delphi. After a short orientation tour with your tour leader, the evening is yours to spend at leisure.

This morning allows for free time. Explore as you please, or join in on the optional excursion to discover Delphi with a local guide as you admire the Sanctuary of Apollo, the Treasury of the Athenians and visit the famous museum of Delphi. Then drive along the Coast of Corinth and take a short ferry to the colourful Greek island of Trizonia. The last of its kind, this island is only 2,5 km² big with almost no cars. Soak up the culture, tastes, sights and sounds, and experience how life here has remained the same for centuries. You have the choice to join an optional lunch at a local eatery on the island or explore as you wish. After the ferry ride back to Glyfada, we drive on to ancient Olympia. This was the home of the original Olympic Games, which originated in 776 BC. Tonight you can spend time at your leisure, or choose to join a Greek evening of traditional food and dance. The perfect way to end an eventful day!

This morning’s activities include a locally-guided tour of the Olympia ancient site. Next, we cross the mountains of Peloponnese to arrive at Mycenae for our visit to the tomb of Agamemnon and the famous Lion’s Gate. It’s not only one of the most important archaeological sites in Greece but is also the place where many of the ancient Greek myths have their origin. Tour the grounds with an expert guide and have an included lunch before making your way to the picturesque town of Nafplion. Nafplion is the first capital of modern Greece, the skyline of which is dominated by Palamidi castle. Settle into your hotel upon arrival and spend the rest of the evening at your leisure, or join an optional evening tour to Epidaurus and see the ancient theatre.

Depart for Athens from Nafplion and take a short stop along the way for a photo stop at the Corinth Canal. Once you arrive in Athens, embark on a city tour with an expert local guide. See top attractions like the Academy, National Library, Greek parliament, Panathinaikos marble stadium, Hadrian’s Arch, and the temple of Olympian Zeus. After the tour, you will have the option to join a guided tour of the Acropolis site. During this optional excursion, you will continue on foot to the sacred rock of Acropolis, visiting the Propylaea, the Erechtheion, the temple of Athena Nike and the Parthenon. After the tour, walk along Apostolou Pavlou street towards the Plaka neighbourhood for an included lunch at a local restaurant. Later on, transfer to the port to catch the local ferry to Mykonos. Upon arrival in Mykonos, settle in at your hotel room and enjoy a relaxing evening.

Day at leisure to explore the magnificent island of Mykonos with its unique sandy beaches on your own.

Another day at leisure to soak up some sun, explore the bustling town of Mykonos or enjoy the facilities of your hotel. Alternatively, follow our suggested optional excursion to ancient Delos.

Morning at leisure until the time to transfer to the port to catch the local ferry to Santorini. Arrive in Santorini and transfer to our hotel. Rest of the day at leisure.

Day at leisure to explore this unique island on your own.

Another day at leisure for you to explore this unique island. Alternatively, you can follow our optional boat excursion to the caldera islands. We will visit the volcano, the hot springs, little Thirassia island and we will end at Amoudi bay, the little port of Oia. We will climb up to Oia village and admire one of the best sunsets in the Aegean. Later, we will be transferred back to our hotel.

Early in the morning, we will be transferred to the airport of Santorini to catch a local flight back to Athens. This flight is with Aegean airlines and is included within the cost of the tour package. Arrival at Athens airport brings your tour to a conclusion. 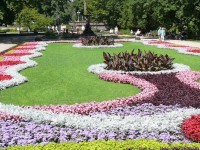 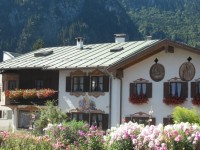